Spent about four months studying, had to take a break as I had corrective eye surgery and needed to heal.

I took the entire four hours on the exam, I am sure it could be done faster, my eyes were bothering me and I had to read slow.

I had both versions of Rita's book, have had the 7th edition for years just never got around to it, then the PMBOK changed so I got her new book along with Andy Crowe's book and the PMP math book.

I also joined PMI as I could get the PMBOK and a discount on the exam.

Have to say - Rita's books are perfect, if you have the 7th edition, it's probably enough to take the exam, but there is new material in the 8th.

Andy's book while informative was not really very helpful compared to Rita's - it was just a user friendly version of the PMBOK.

I thought the math book was a total waste of time...until I took the exam...that math book helped me immensely...there was only one question I was stumped on and I am confident I was able to make a good guess. (I simply forgot the formula).

As I am sure others have echoed - Rita's book is an amazing resource - don't just read it - learn it, live it, know it forward and backwards.
My youTube Channel: http://www.youtube.com/user/voidrealms
0 · Share on FacebookShare on Twitter 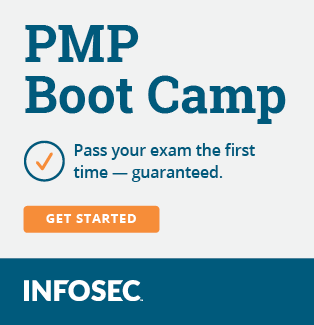