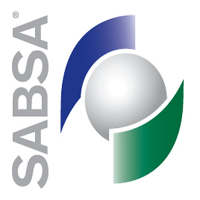 Yes, the title is accurate. I took the CISSP today (21/5 in Sydney) and much to my surprise, I was presented with a print out stating I had passed. I was expecting the psychometric/6 weeks bit that everyone else has received. The testing centre had problems loading the test engine delaying the exam for about 30 minutes, so I thought that was a bad omen but not so!

AIO got me through it, but the 11th hour turned out to be a life saver. Wonderful book to read in the week leading up to the exam. For the new material I think your best bet is to focus on the testing domain chapter in the new official guide, and just know the basics of newer technology referenced throughout.

I'd say the 'old' material covered around 85-90% of the exam content, but that's just a guess.

As for the exam itself, I honestly had no idea if I was going to pass or not. At times I felt as though I were failing, then at other times I felt like I was tracking well enough to pass. I have gained more respect for the cert...it really, really tests how well you know your stuff. A lot of the times I was tested on a component of a concept I thought I knew completely, but not so. Both eye opening and frustrating. I passed in 5hrs 48mins.

There were a few simple questions in there, but most you had to give a lot of thought to. A select few made very little sense to me.