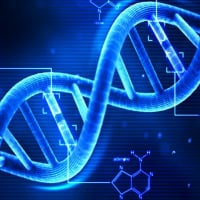 The enrollment process was pretty easy but there were some slight hiccups. I originally reached out April with the goal of starting 9/1. They claim there is a $65 application fee but I am fairly certain that gets waived in a high amount of applications since there always seems to be a waive the application fee special going on.

I just had a transcript sent over through my college and uploaded proof of my CISSP (one of a few qualifying certs). There were some small annoyances regarding student loans and because they process everyone a couple weeks before starting date I barely made the 8/1 deadline they pushed me for. What irritated me was that I could have had everything lined up months in advance but they didn't let me know some things that they were aware off. Part of being a non-profit and allowing everyone to work from home is a disconnect but all in all it wasn't a major deal. Everyone was polite and helpful--I just think it could be improved on.

My mentor meeting didn't start off too hot and I have to take at least partial blame if not most. I was in Las Vegas for Blackhat and Defcon when my mentor called. They were concerned I hadn't finished the orientation yet. I explained I had been out of town the week and would return in a few days and finish up. They also asked if I had put a plan together for when I would study. I said no because I have ample time throughout the week as I already was studying 20+ hours a week for the OSCP and had finished my BA while working full-time so it wouldn't be a problem. I was asked if I wanted to push the start date back because I hadn't put a study plan together which was pretty annoying and afterwards I had a call from my mentor's boss to discuss concerns... Another concern was the background noise on the call (sounded like I was distracted). Well, I did say I was in Las Vegas for a conference.

In hindsight I should have played their game and been a yes man. For those looking to attend just feed them the lines they want to hear.

I really like the layout. You login and then go to the class you want to focus on. There are a bunch of resources available and even templates for some classes. Every class has a rubric so there is no excuse on not knowing what is required for each class assessment. Assessments are essentially papers or a certification if your class requires it.

My default first semester was just JIT2/Risk Management and TFT2/Cyberlaw, Regulations, and Compliance. Since I already studied for the CEH (C701/Ethical Hacking) a few months ago I had that added to my course plan and attacked it first. The material was pretty much all review for me at this point so I signed up for it immediately and passed last Saturday 8/12. Here's a brief opinion on the CEH exam: http://www.techexams.net/forums/ec-council-ceh-chfi/128584-passed-8-12-a.html

I submitted my assessment for JIT2 yesterday morning was was 490th in queue. This morning I was alerted that I passed. Out of the rubric I received mostly competent scores with a few highly competent. Both are passing so although I could have done better a pass is a pass. I probably spent 3 hours on the paper so I am pretty happy. I was expecting it to be returned with a few sections needing improvement. JIT2 can be done in a weekend if you sit down and knock it out but they also provide a 10 day guide. I feel like somewhere between 2-5 days is enough for someone putting forth effort.

I think I'm going to try to finish two more classes by mid September. Extend my OSCP lab access for 30 days and then take my test which is currently scheduled for the third week of October, and then finish another 2 classes by end of January (end of my first term). That would put me at 6 classes down with 4 to finish semester 2.

So far I am impressed with the competency based model. For those who are self-motivators I think this is a very good option. It's nationally accredited and extremely affordable!