So I went to my first Linux event and it was ok. 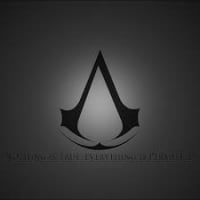 mgmguy1 Linux Essentials certified , Cisco CCENT certified PA Member Posts: 480 ■■■□□□□□□□
August 2017 in Off-Topic
This past Saturday I went to my first large Linux event in Philadelphia called FOSSCON. The event was o'k in my opinion. Two of the speakers were pretty good but some of the other topics at the event were either not interesting to me or were being held so late in th day I did not want to get stuck in Philly traffic on the way home so I passed on some speaking events. Things to keep in mind if you decide to go.

1. Don't go by yourself. Bring a friend. <--super important
2. Eat before you go and look for place to eat that is located near the event ( I had a crappy sandwich from a local place)
3. Don't get offend by the "smart" people. ( This one guy was really smart but came across as insulting as he was talking to you )
4. Don't hit on the female speaker. ( I watched 2 or 3 guys do this and it was painful to watch ! They had no game )
5.Shower and wear deodorant ! ( I kid you not, There were some folks who looked and smelled so bad that I got up and moved to new seat)
6. I learned some cool stuff, Remember to take something to write it down.

I have been to a few Technology events prior to this one that has no more then 30 people. Fosscon had maybe 85 people on the day I went, Don't be afraid of the crowds. In closing just have fun and be kind to others.