Are personality test becoming the norm when applying for tech jobs? 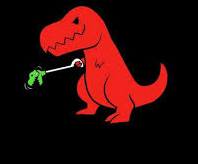 matt333 Bay AreaMember Posts: 271 ■■■■□□□□□□
April 2012 in IT Jobs / Degrees
i just finished a pretty long personality test and I'm wondering at what stage does is the personality test score > then the technical skills? i feel a little over qualified for the position, i definitely have the skills required, but I never know how companies view personality test is it just a check box? crazy[] not crazy[].. team player etc. or would they hire someone with less technical skills but had I better personality score
?
that being said i do think i know what they are looking for.. but one never truly knows