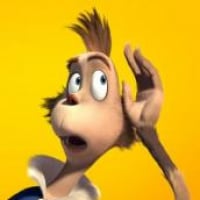 BillHoo Member Posts: 207 ■■■□□□□□□□
December 2013 edited September 2019 in Security+
Me: 25+ years of IT and 6 years in IA on the DoD side. Took the Security+ class in 2002, but never bothered to take the exam. Have no certifications and recently laid off. Took CISSP in Dec 2010 and missed it by about 1 question. Then had death in the family and had not felt up to taking it over though over two years have passed. Started the GSLC track in October, but put it aside due to other issues regarding unemployment. After hearing the 20th recruiter say they love my background, but need me to have a cert, I decided to go for Security+ as the low hanging fruit.

I ordered Darril's book (along with the additional practice exam book) two weeks ago and actually picked them up to read on Dec 10th. Read one to two chapters each afternoon and did the practice tests. The books are great! I got one of the other Exam prep books back in 2002 and found it would put me to sleep after a few paragraphs! Darril's book is an easy to follow read.

I also downloaded a few free Securty+ quiz apps for Android to tinker with. Some of them are sooo far from the material, I wonder what they are thinking!

The only other resource that I found useful was a website that used a flashcard system to help memorize all the ports. It worked great, but my short term memory retention seems to lose 30 percent of it within 24 hours. I used it to memorize the ports before I went to sleep last night and again when I woke up.

Monday, I took a break from study.

Tuesday, I went through all the practice exam questions and tested myself on the ones I had previously got wrong. By now I had a good grasp of 80 percent of them. I took the 100 question test exam (got 89 percent). I reviewed what I got wrong and other material til 2 AM last night.

Woke at 8AM this morning. And tested myself on the additional practice tests, focusing only on the networking and Cryptography chapters. Had light breakfast of cereal and coffee.

Got back to the test center at 10:45 and went thru the photo and registration process. the proctor lead each tester to their workstation one by one and we were instructed to start when ready.

I had about 6 or seven simulations. Total 75 questions. Took me a moment to orient myself as to what they wanted me to do.

First one was a site diagram and had to drag and drop items into each room (cable locks, mantrap, biometric sensors, safes, etc.)

Another was a drag and drop of steps to investigate a compromized hard drive - in order. Some terms I was not familiar with, but was able to figure it out.

Another was a scenario with networking several workstations that had to connect to different servers and network. You had to pull down IP addresses from a list for start, destination, port selection, subnet and firewall settings - In essence, ONE question was made into EIGHT!

The remaining questions were very straight forward. If they want you to select multiple answers, you could make as many selections as needed. If it specified PICK TWO, you could only pick two. If it was pick ONE, you coud only pick one.

At least 10 or 12 or seven questions required knowledge of ports in one way or another, but were not directly about the ports. By now I still had full memory of the ports.

I thought the questions were slightly harder than the practice questions in Darril's book. I finished with 26 minutes to spare and 17 questions that I had flagged. I went through those and changed my answers on 4 of them. I still had 10 minutes left. Then I went back to the beginning and I clicked through the test to check my answers. I did not change any more answers. Got halfway through when I was notified onscreen that I was out of time.

I was directed to a survey and clicked through that. Then it notified me that I passed. I don't think it gave me any score details.

I left the testing room and they had me sign out at the registration desk and gave me a printout of my test results - Score 852/900. The document noted that the actual certificate would be available online within 5 days! (I WANT IT NOWWWWW!)

I felt like I wanted to puke! Just a stress reaction I guess.

Going to take a few days off and head out pheasant hunting tomorrow. Nothing like shooting at something to de-stress!

then it's back to the GSLC track and get that exam done by Jan 16th as that is the deadline before I get penalized by SANS. If successfful, I'll go out winter dove hunting and then give myself another two weeks to tackle CISSP.
0 · Share on FacebookShare on Twitter