Affordable PhD Programs in IT 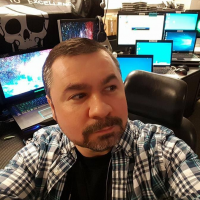 MrNetTek 41 certificate exams, 51 training certificates, and a bachelor's and master’s degree.Member Posts: 100 ■■■■□□□□□□
July 2019 edited November 2019 in Colleges & Schools
I've been looking into affordable doctoral programs in IT---and, the schools that do offer doctorates in IT, have astronomically high tuition rates. They start around $60K (Walden), and go as high as $150K (Capella).

Has anyone entered or graduated from an affordable doctoral program? I'm looking for a school.
Tagged:
0 · Share on FacebookShare on Twitter