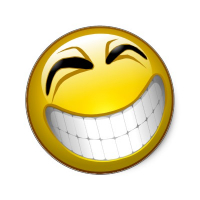 MarcusStar Member Posts: 11 ■■■□□□□□□□
June 22 in Introduce Yourself
Hello everyone!

I am in my mid-twenties and am looking to start a career in the IT field. I have very little knowledge of computers outside of the most simple basics that you can imagine. I am starting from scratch and know almost nothing. I have always loved IT and computers and technology, but, I will admit that half of the reason I am going for this career path is an opportunity to have a better living.

My goal is to learn as much as possible and self-study for 12 months so I can land a job that will allow me to support myself while also having room to grow. I want to continue to self-study and also learn on the job. My goal is to be able to have a career within the next three years that would allow me to (modestly) support a family.

I have been doing a lot of research. I came across A+ and Network+ as starting points. I found Professor Messer and Mike Meyers and their free videos. I also went to their websites and saw that they sell courses that include notes and practice exams.

Will obtaining A+ and Network+ be a good starting point that will allow me to land a job with potential to grow? What about getting Network+ as a first certification (skipping A+) then CCNA? I ask about CCNA because the more research I was doing about Network+ the more I saw people discussing going for CCNA right after passing Network+ since the foundation is still fresh.

What does the community think is a realistic goal to set for me?

Please be as honest and blunt with me as possible. I greatly appreciate all feedback and help. I am not scared of hard work and self-study and am fine dedicating anywhere from four to six hours per day to make my goals a reality.

Thank you everyone for your time!