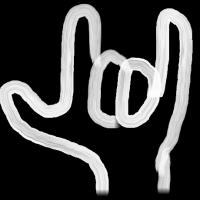 DFTK13 Member Posts: 176 ■■■■□□□□□□
February 2020 edited February 2020 in CCNA & CCENT
So yeah, I decided to go ahead and pull the trigger on the new exam. I scheduled it for March 14th, which gives me 2 weeks from now to do some wrap up studying. I initially started studying for the 200-125 but came in too late in the game as I was not confident in myself enough to make the deadline. I'm extremely nervous despite studying for the past 5 months. I work and go to school and have a family, so my time is limited for studying. After reading the new syllabus, I was thankful there was alot of carryovers but still quite a good bit of new content such as Wireless and Automation in which entire books have been written about the two individually, that I'd have to study for.

So my study plan has been:

I've been passing the Boson exsims with acceptable scores, but I'm trying to aim for higher and more consistent scores. Just recently, I watched both Paul Browning's and David Bombal's youtube videos detailing their personal 200-301 exam experiences and both have suggested that there is content on the new exam that is NOT LISTED in the syllabus such as EIGRP, MPLS and BGP to name a few. So thankfully I still have the older boson software that covers that.

The exam has been stated to have twice the amount of questions(110 - 120?) that the 200-125 had and I'm allowed 140 minutes according to my exam schedule info. This is going to be a very long exam. Wish me luck and your thoughts and comments are always appreciated!