Enduring Value of the MCSE 2003 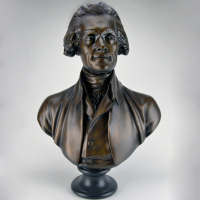 powerfool Senior MemberMember Posts: 1,658 ■■■■■■■■□□
August 2010 in MCSA / MCSE on Windows 2003 General
For those that are decided on whether to complete the MCSA/MCSE 2003 or to skip it and move to MCITP SA/EA for 2008, there has been a lot of debate and opinion about that. Let me give a little opinion based on my experience.

I certified as an MCSE on Windows 2000 back in 2002. I had some ambitious plans to also do MCDBA, but never got around to it. When the 2003 exams came out, I thought I would eventually get around to upgrading, but I didn't do it. Earlier this year, I changed jobs and I was going to skip the MCSE 2003 and do MCITP SA/EA. Very shortly after taking that job (which was actually lower overall compensation that my previous job, but was a larger shop, so better experience), I was offered an opportunity that I could not pass. This environment is huge... and they have just finished moving to Windows Server 2003 from Windows 2000. They do have plans to move to Windows Server 2008, but it will take a couple of years for that to be completed. As they place a lot of value in certifications, they require individuals to be certified as MCSE 2003 if they want to work on projects or support for Active Directory, Exchange, etc. So, I was somewhat compelled to complete the MCSE 2003.

Keep in mind, prior to this, I could legitimately claim myself as an MCSE, so I already had that on my resume. Many people that are making this decision are not presently an MCSE. The title of MCSE still has more value for job searches than MCITP. Further, also realize that if you decide to MCSE 2003, you are not passing on MCITP, so are putting yourself in a good position to more easily have BOTH certifications. Over your career, you with show your dedication by having a longer certification history. While it will not technically be longer by doing MCSE 2003 now, it will be perceived as a longer history since the product is more mature.

Lastly, I just noticed that the MCM/MCA certifications for Exchange 2010 require you to be an MCSE 2003 and an MCITP: Enterprise Messaging Administrator on Exchange 2010.

Also, if you start the path today, you can do the Windows 7 exam as your client exam which means for MCSE 2003 and MCITP:EA you need only nine exams, which is only two exams over the MCSE 2003.

Lastly, Microsoft has no security related certification or specialization in the MCITP series. So, you can do MCSE:Security for 2003 and have that as something to differentiate yourself for the future. As security becomes a more important skillset it will be more prudent.