Question 3 (another version of the last question) 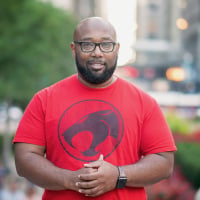 keatron Security TinkererMember Posts: 1,213 ■■■■■■□□□□
February 2006 in Other Security Certifications
Now here's the types of questions where you get your noodle fried. Instead of just which are affected. Let's change it and say which one is affected the most.

This should render some awesome answers

A user's password and login information is mistakenly shared with 2 other users in an office. Which ONE of the following controls does this event affect the MOST?