Which Certifications should I get? 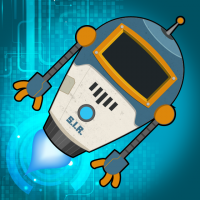 New2ITinCali Senior MemberSan Francisco Bay AreaMember Posts: 184 ■■■□□□□□□□
July 2011 in General Certification
Hi All, I am new to IT and I will be graduating with my Bachelors of Arts in Management Information Systems and I currently have an internship site that I will be working at for about 5 months. My major courses in my degree program consist of Intro to Visual Basic, Database Management Systems (SQL Oracle and Firefox), Management Information Systems (Relational Database), Network Security and Digital Communications. Since I am relatively new to the field and I will be looking for employment upon graduation what certifications will make me a valuable prospect for employers? I called around to some training "boot camps" and they're quite expensive so I've been contemplating on jumping right into my Masters at WGU just so I can earn the certs. Any feedback would be appreciated?....oh and I'm currently an Accountant for a government agency with the hopes of changing careers (obviously) and I have an AA in Business and I will gradute with my BA in MIS next semester, as I stated previously. THanks
0 · Share on FacebookShare on Twitter