I give up. I'm going to take the F5 certification 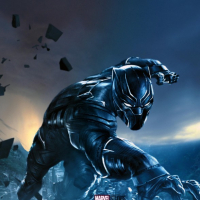 flt0nujr Member Posts: 65 ■■□□□□□□□□
August 2014 in General Certification
I work has a Managed Hosting Tier II Network Engineer. I've touched the F5 to create VIP's, Pools, SSL Certificates, caching and also configuring Cisco ASA firewalls to control access inbound and outbound traffic into the network. I thought I wanted to be a security professional and I got a little taste of it when a DdoS was occurring within the Noc and when a customer's database wasnt secure and I had to sit on the phone with the Cisco TAC, and the Database administrator trying to prove that the Cisco ASA was not at fault here, but the fault was with the customer never updating their MySql database server and not adhering to our recommendations to lock down the network. After that 4 hour conference call I was done, no more, zip....zero...no mas. I'm married with (2) kids, and I don't have the time to read on every freaking malware, virus, non-ethical hack that's out there. I'll just be a network engineer specializing in the following: