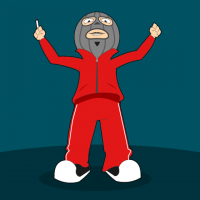 On March 30, I took and passed the 70-462 exam. The next day I received a congratulatory email from Acclaim regarding achieving my MCSA SQL Server 2012/2014. At first I was confused because I had only completed one of the upgrade exams and didn’t get a chance to take the second exam before they expired it. Come to find out, they upgraded their requirements and now you can achieve the MCSA with some of the general Windows Server exams.

Note that my achievement date for the certification shows up as 07/2014 on the transcript. Odd.