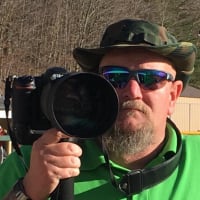 jcundiff Member Posts: 486 ■■■■□□□□□□
May 2017 in Off-Topic
Would like to hear what you think of it? I have used AVG for many years, but each update continues to be more and more of a resource hog. Avira looks great on paper with the site tracker( sites tracking you) vpn, and more. Who is using it?
"Hard Work Beats Talent When Talent Doesn't Work Hard" - Tim Notke
0 · Share on FacebookShare on Twitter