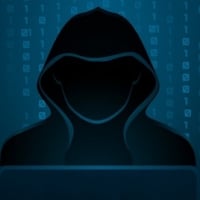 Pseudonymous NinjaMember Posts: 78 ■■■□□□□□□□
October 2017 in Security+
Just got home from taking the test. This was my first attempt at taking it. I was nervous as hell because I failed the Network+ twice (barely passed it the 3rd time) and I really couldn't afford to take the Security+ certification training more than once. I've been studying off and on for about 6 months. I probably could've taken it earlier, but I was nervous about failing so I kept putting it off.

As usual, most of the questions were pretty long. There was 1 simulation that I just didn't understand AT ALL (I can't talk about the details of it because of the NDA). When I say "AT ALL" I mean that I didn't understand what it was asking me to do lol. Luckily though, I was able to pass. Not only pass, but pass which a much higher score than I thought I got.


Resources I used: My ultimate goal is Penetration Testing and Ethical Hacking, but I'm still working a helpdesk position with little to no actual Security experience so I think I'm going to wait on the CEH and eJPT. I also still can't afford to go to school yet, but I do plan on eventually attending WGU so I think I'm going to start studying for the Linux Essentials certification next since it's on the list of certifications for the Bachelor of Science: Network Operations and Security degree.
Certifications: A+, N+, S+, CCNA: CyberOps, eJPT, ITIL, etc.
0 · Share on FacebookShare on Twitter