A week with Narbik (R/S) 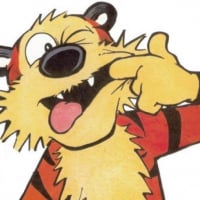 EANx Member Posts: 1,078 ■■■■■■■■□□
March 2018 in CCIE
TL;DR: Do I recommend the course? Yes and take the eight-day if you can (he no longer does a ten-day). You'll be far more comfortable if you have already done at least a small amount of practice with DMVPN and MPLS before class, especially if you try different ways of running OSPF over it. He does cover those topics but the assessment labs start hitting them early. Plan for long days and do what you need to keep your focus as long as possible. It's 100 hrs of class over eight days so if you're driving more than 15 minutes, consider getting a room close-by. This is not a class for someone who doesn't have solid (not dumped) CCNP skills, this isn't a "zero-to-hero" course.

I was astonished that several people brought laptops that were either never used (and thus the person didn't realize there was no telnet) or were company-owned and severely locked-down. Make sure the laptop you bring is one you have admin rights to and has basic networking tools like a telnet client and that you can install software on it if need be. If nothing else, you'll have to install Cisco's VPN client.

You should get an email prior to the start of class regarding access to certain Cisco 360 labs. While it's fine to read the email, don't log into the VPN until told to. There are two types of assessments, a two-hour troubleshooting assessment and three six-hour configuration assessments, all using Cisco's "expert level" training, aka 360 material. Note that when you sign up for the course, you are given access to the assessments but if you already have them because of a previously-purchased 360 product, you don't get a second set. In that case, I would suggest that when you're asked for your CCO account, create a new one specifically for the class.

Resources: The course will use a few Cisco 360 exams and Narbik has been moving many of his own labs to an EVE-NG environment. You will use both during the class and have access to Narbik's EVE-NG for a while after the class (there were times when he said two week, others when he said a month. I think he's still working out the details). The course also comes with the 360 "core exercise" workbook and 100 hrs of time (see https://learningnetworkstore.cisco.com/ccie-routing-and-switching-v5-0/cisco-expert-level-training-for-core-exercise-workbook-360-rsw-05-wkb-core-018309 for details).

The first day essentially was scheduled to go like this:

Lunch/dinner we were on our own. There were no set breaks. Many people grabbed a sandwich during the 6-hr lab and brought it back and some people had pizza delivered in the evening.

We had 23 people so intros can take a while and then as Narbik was about to start DMVPN, it turned out two people had started their lab and time was-a-tickin! He was about to turn us loose on it when we discovered that it had given them nine hours so we went into DMVPN.

We started the lab around 12:30 and ended it about 6:30. I'd suggest you bring headphones if you're bothered by noise. There was a virtual cacophony with groups of people who knew each other kibitzing and talking about non-lab related things and the retakers who weren't doing this lab chattering away. Lab results were emailed well before class began the 2nd day.

After the lab, we worked on EIGRP and got into the EVE-NG system. Be sure to clear all of your configs before pasting the new ones in. I suspect most people expected these would be fresh images where they seem to have been reused. This was more guided work, Narbik would cover an EIGRP corner-topic on the board then walk us through making various changes in the EVE-NG environment to see the result.

By 10pm he noticed our token-buckets were pretty empty and shoo'd us out the door.

The following days followed a similar format except some days we broke for lunch at a specific time and once he treated us at TGIF. He doesn't like to lecture on topics back-to-back so there will always be a lab in-between topics. Class started at 9am and went into the mid-evening hours each night, including the day after the very long day. While he has a schedule posted on his site, take it with a grain of salt. He's not going to hold your hand regarding timing. If you're there when he's teaching, you learn but he gets that sometimes people leave before 11pm because they've mentally shut down. Day 8 was short, we were done before noon but that's probably dependent on the flight he arranges.

Day five really is 18-19 hours long. It's actually as long as you feel you're up to it before heading to bed but the key is the tough assessment on day-six. He started off saying that he felt that there were certain people that were more than half-way toward being ready for the lab and he suggested those people take it. He went around the room and pointed at around half of us. The rest of the people he told they certainly could take the assessment but that they needed more work before he felt they would be at the half-way point, I don't think any of them chose to take the assessment. How was that assessment? Tough. It starts when you start it, not Narbik and we started it around 6pm. Out of a total score of 74, no one in the class broke 20 and we had a few people he felt were close to lab-ready and a guy who was going after his 2nd CCIE. The next day, he said he's never had anyone score above a 40. I scored closer to the people he said were close to lab-ready than the bottom but my pride still took a beating.

So, good class and I know I only actually absorbed 30-40% of what he taught. I want to retake it after I've had a few months to digest what I've learned.
0 · Share on FacebookShare on Twitter