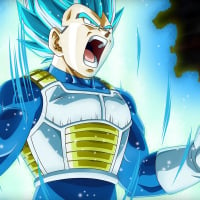 charismaticx Security +, GSEC, GSED, GCIH, CEH, CySA +, GSNA, CASP, PenTest +, GCIAMember Posts: 53 ■■■□□□□□□□
March 2018 in CySA+
No joke this exam was rough! I would say it wasn't as hard as GCIH but definitely harder than CEH. For those that wondering about the amount of log questions, I would honestly say a majority of the exam was riddled with logs but they weren't too difficult. The SIMS I saved for last after glancing the first question for about a minute. I would definitely take everyone else's advice on this. I had just recently passed CEH a couple weeks ago and I was determined to take this exam. Without going into specifics about the test, I would say look over snort rules, incident response procedures, ASCII. I had used the Sybex book as my main resource to study and I had taken the udemy practice test. I also glanced over the All in one but that one only helped with the log review. I was constantly reviewing what everyone had used to study or what they ran into and that also helped considerably. Next up GSNA and Linux +!
Goals: RHCSA ; CISM; OSCP; GSE; Masters in Cyber Security Technology
0 · Share on FacebookShare on Twitter