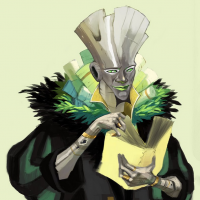 sensitivestoic Illinois, USAMember Posts: 77 ■■■□□□□□□□
December 2018 in IT Jobs / Degrees
Long story short the current company I work for is putting me in tough situations. They are pushing boundaries that are ethically questionable and not in line with my own personal values. I've been meaning to make a graceful exit for some time. However, as the main IT administrator for this company I fear my boss will pursue me and try to force IT work or consultation that is not compensated after my departure. Are there legal forms or paperwork that I can use to have my boss sign off that everything was to the best of ability passed on to a successor? How can I ensure my boss won't take legal action due to their own ineptitude/mismanagement?

I say this as one who observed the boss do the same to a previous colleague who should not have been liable. What are the best ways to protect myself? Thanks for any thoughts.