How should the IT Industry be regulated? 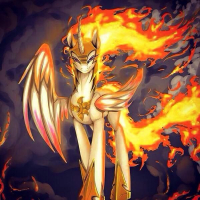 TrunksXV A+, Network+, Security+, CySA+, Project+, MCP, ITIL Foundation, CSAP, CIOS, CSISMember Posts: 33 ■■■□□□□□□□
June 2019 edited June 2019 in IT Jobs / Degrees
With the advancement of the DOJ looking into Google, Amazon and Apple for the first round of Antitrust Inquests, I thought it might be an excellent point of discussion here.
First of all, Google, Amazon, Facebook, Ebay, and other services have been built on the infrastructure that was engineered and created for military purposes during the Cold War Era which lasted from 1945 - 1990. After which the internet which had been developed over those decades, became commercially available through an act of the U.S. Congress. And the main purpose of the government and the Clinton Administration promoting the internet during the 90s was the free flow and access to information. They said it would be the "information superhighway" which it later became after the dotcom crash.
Remember tax payers paid for the creation of the internet for military purposes, so in a sense the internet is a public domain and service. Never mind who owns the domain names or IP Addresses or who can control the publishing of content or services.
However, now social media has become a perpetual cancer on the internet. The internet in a sense has been hijacked.
Take a look at this forum for example, the discussions that are administered here are curated. This place is not network based.
Places like Facebook are network based, they can provide instant responses, and Facebook's engineers designed the platform with the purpose of creating more aggression and agitation among its users to keep their eyeballs on the screen. If they didn't give the users these tools then they wouldn't be able to hold peoples attention.
Now YouTube is set to provide the next round of de platforming of conservative and other political voices on its platform. A platform that is built on the basis of the infrastructure that the military and tax payers paid for. So the FCC in a sense does have regulatory authority over these organizations. Now YouTube, Google and Facebook, even Apple, does have the ability to make rules in on their own platforms, just like you can make rules in your own house or business. But none of these platforms could've even succeeded unless they did stuff that hasn't been even legally defined in court.
In my mind, we need an Internet Bill of Rights, which basically defines all the things that these organizations can and cannot do with regards to how it deals with users and the data they generate and the content they produce.
Google for example a few years ago, pushed people's mugshots to the top of their search page, before there was a backlash. Unless they fixed that issue, it would've been hard to get people to invest in their organization. Basically, Google cannot work against average everyday people, who can get picked up by law enforcement, even if they legitimately did nothing wrong. Mugshots are basically that organizations Achilles heel.
The mugshot issue, as well as user data, and free speech on a platform based approach, are issues that Google, Facebook, and YouTube, and even Apple, can't just turn off.
The honeymoon seems to be over for Big Tech, much like it was for the Generals of WWII. My dad says during WWII they treated Generals as if they were Gods. The same thing has happened with people like Steve Jobs, Bill Gates, Mark Zuckerberg, Jeff Bezos and some others. But those days are coming to a close since everyone seems to be logged in, and now can't seem to get published because they have a political opinion.
The 1st Amendment of the US Constitution at the time it was written, only protects the printed word of newspapers. Did any of you ever pay sales tax to read a newspaper? Not that I can remember. If the internet is really public domain that was created by taxes from US Citizens, then well these companies can't claim to hide behind their terms of service if the source of their service was paid for by tax payers and the military.
Because it seems like the free market can't break through with a true YouTube, Facebook or Google Alternative as of this writing. Especially since they are run by people who have the same political worldview, and they want to banish alternative voices from online discussion or real life discussion.
That's cyber bullying and defamation on a corporate scale. They will hide behind terms of service, but when these organizations can control what is being published or seen on our screens, then I'd say action is needed on the same level of the early 1900s. I wouldn't recommend that, but now I don't see any new start ups to compete with these companies right now. There will be others, but not before something big happens to challenge them.
With that said, I do remember when Microsoft was all the rage during the 90s, and people were laughing at how the government was losing its case.  Now people would say....you know where is my alternative that just works besides Apple? Linux is out there, but its not been widely adopted.
So what about the rest of you? How should Big Tech be regulated if at all?
Certifications: A+, Network+, Security+, Project+, CySA+, MCP, ITIL