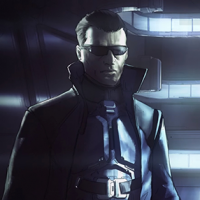 JC Denton Member Posts: 20 ■■■□□□□□□□
July 2019 in Microsoft
*don't know if this has been discussed in detail before, so I apologize if it was...*

OK, so I've been trying to figure what exactly has Microsoft been doing lately with their certification program. Are they completely killing off their non-cloud-related certification (i.e. MCSA and MCSE) or are they basically just rebranding them? I mean, it doesn't seem like they're going to stop selling Windows Server, Exchange Server and similar products to other companies. It seems also unlikely to me that all companies (especially small and mid-sized) are going to be moving to the cloud any time soon (at least not exclusively, there will still be on-premise stuff).

I kept my MS certifications current since MCSA 2003 days, but I think I'm going to give up on doing that. MS certification program has long become a convoluted mess and is now a shadow of it's former self (market value). Back in a day, MCSE really meant something as it was hard to get (7 fairly tough exams). Hell, even MCITP:SA/EA were respected. But now, I don't know...it seems that MS will eventually transform into the company offering cloud services exclusively and the certs will be a reflection of that.