First job in IT not what I had in mind 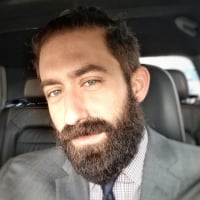 jasper_zanjani Sec+, Net+, Lx+, LPIC-1, Certified Associate in Python Programming (PCAP)Tampa, FLMember Posts: 76 ■■■■□□□□□□
October 2019 in IT Jobs / Degrees
I have been trying to elbow my way into the Florida tech industry for most of the past year. I have focused a lot of my effort on certifications with the goal of becoming a junior sysadmin. Unfortunately, luck has not been on my side, and as my finances have deteriorated I have decided to bite the bullet and go for a customer service position at a local MSP. The job is not really what I want, benefits won't kick in until December, and the pay ($17/hr) is lower even than what I was anticipating, which means my job search will really have to continue even while I try to perform well at the position. What do I do?
I'm also of two minds about the non-compete agreement, which is very broadly worded and apparently will prevent me from working for any other IT company in Florida for two years after my separation. It might very well be just a standard boilerplate non-compete agreement, but I'd hate to put my fate in the hands of a company that might potentially overreach.
0 · Share on FacebookShare on Twitter