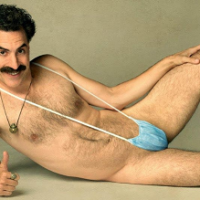 shochan Member Posts: 968 ■■■■■■■□□□
November 2019 in Education & Development
How many times have you had issues with this "wannabe" professional test center?   IMO, this whole company sucks, and if I had the capital I would push them out of business.  It seems they have done that with Prometric, but I am not sure how, perhaps they have the capital, idk.

I have had issues of 3 different Pearson Vue test centers in the past year that it's difficult to take certifications with them.  Thankfully and hopefully proctored exams at home will become more available.

When I tested with Prometric in the past, it was a much better experience for ME.  However, it doesn't seem they are doing IT certs anymore from what I can tell, only healthcare certs.

Just a little morning rant, if you want to express your opinion mannnnnn (or woman)...feel free to post
2021 Goal ~ OSCP