Getting ready for CASP+, but wondering if I should bother renewing my S+ 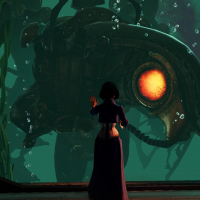 RickyJo CASP+, S+, N+, A+, Cloud Essentials+, MCP, AZ-900ColoradoMember Posts: 22 ■■■□□□□□□□
June 2020 in CASP+
Most of my certifications are olllld and grandfathered into the old "good forever" system. However, a little over three years ago I got my S+, but my career took a slightly different turn and I let it expire just because I was busy. That said, I've been running through some material and I'm pretty sure I could pass it again with minimal additional preparation. I've been studying in earnest for CASP and it seems my memory and CASP+ preparation may serve to get me by. So I guess these are my questions:
1) Is there any reason to have an S+ if one has the more advanced CASP+?
2) If I snag my S+ and get my CASP+ pretty quickly after (say within a month or two), is that OK? Does getting that credit so quickly after getting a new S+ mean I can still get an additional 3 years right off the bat? From what I've read, it seems like it but I just want somebody in the know to confirm my understanding.
3) I'm also curious for those that have CASP+, which as I understand it, is pretty knew: how has the certification been received for you? I've already paid for a voucher so this is happening but I'm curious what others' experiences have been so I can calibrate my expectations.
Finally, if anybody has any bright ideas for making the jump from experienced 10+ Sys Admin to a security-specific role, I'd be glad to hear them. I've been thinking of using targeted advertising (I can't post links yet because I'm a n00b here, but find the Decon lecture, "How to Social Engineer your way into your dream job").
Thanks!
- Richard