Pros and cons of the various IT industries/sectors 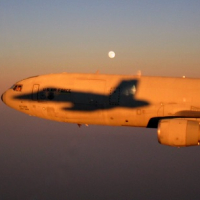 c5rookie CISSP-ISSAP, CCNA, GCED, GCFA, GCIA, GCIH, GCUX, GCWN, GPEN, GWAPT, A+, Net+, Sec+, Linux+, Pentest+U.S.Member Posts: 52 ■■■□□□□□□□
January 2021 in Education & Development
I wanted to get some feedback about what people like and don't like about the current IT industry you work in.  I'm sure there might be some discrepancies depending on what company people work for as far as work culture, budget, etc. but I thought it might be a good way for people to share experiences and see similarities and differences compared to what sector of IT we're working in now.  In addition, for anyone that is seeking a transition, is there a different IT sector or IT job that seems more appealing that what you're doing now?


For me I currently work with the government sector doing network defense type work.  Pros:  The stability is good and the work pace is not too demanding.  I have some downtime throughout the week to study which is nice.  Since the organization is so large, we encounter various scaling challenges which become a "fun" puzzle to solve.  Cons: You're limited to the type of work you can actually perform due to separation of duties policies.  Change seems to take forever. If you want to replace a certain vendor or piece of network architecture it is very difficult to find a suitable replacement.  Another downside is that because our group has such small footprint, getting people to recognize the severity of certain risks seems to be ignored since they don't feel anyone would invest time to attack us.  I would like to work in the private sector at some point.  Seems like things move a little faster and you might be able to have more at your disposal to work on.
0 · Share on FacebookShare on Twitter