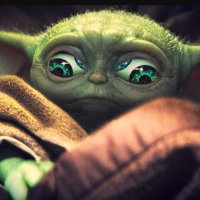 shochan Member Posts: 970 ■■■■■■■□□□
May 2021 edited May 2021 in Cryptography & PKI
I was just curious how some of you cybergurus are dealing with the many SSL and TLS vulns on your network.  There seems to be like 10-15 different kinds.  Most are mediums, so, its not that pressing on trying to figure out the best method to mitigate them.  BUT it still is a loophole on your network.
Are you just creating your own TLS v1.3 certs, or purchasing them from Cert Auth? or simply accepting the risk they pose?
A lot of them are dealing with weak ciphers.
Obviously, you want to get away from SSL certs all together.
Please share how you are fixing them, if you want to.
Thoughts and comments are welcome!
Cheers & Hi5!
2022 Goal ~ Find my way
2021 Goal ~ Under Achiever - never pursued