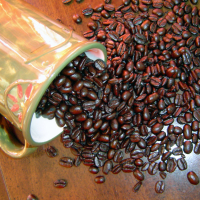 Qord Senior MemberMember Posts: 632 ■■■■□□□□□□
June 2012 in Off-Topic
Hi guys! I'm trying to make a mobile deployment server using WDS on a laptop. I have a perfectly good working dep server in house, but need the mobile. That being said, is there a "correct" or "proper" way to migrate the image and associated files over to the new server? I tried just copying the files over and making changes to the appropriate XML files, and it looks like it worked; seems like all the task sequences executed properly and everything looked OK after the install. I'll know for sure tomorrow after I get to play with it a little.

In theory, should I be importing the image into the workbench and rebuilding it, or is this way just as good? There are no changes to the programs installed or the task sequence.

EDIT: I read on Technet that regular Server 2008 (non-R2) does not support driver provisioning...does this mean that even if it's in the task sequence it won't install the drivers? Or does this just mean it won't pick and choose based on hardware present?
0 · Share on FacebookShare on Twitter
Sign In or Register to comment.