The Market is hot. New Job! 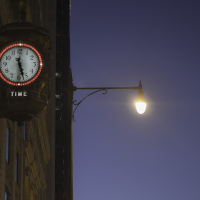 After 18 months in my current contract, I was contacted by a former employee who I managed at a previous location, who was still working there. He informed me that there was a position in IT Security and that he thought that his new/current manager would love someone like me. (He's moved between two other groups since I've left and found himself on the Security team a month ago.)

Long story short, I was getting ready to convert at my current place, but was able to fetch interview, offer, and get everything done, and will be going back as an IT Security Analyst, doing IPS/IDS,vulnerability,compliance, audits, and network monitoring. This is what I was hoping for as I am in WGU for IT Security, and plan on getting OSCP and CISSP within next 12 months.

I am really excited. They Hired me FTE right out the box, and no vulture staffing agencies were involved. I am ecstatic that I get to start my new chapter in Security, however I am a little intimated knowing that the years of Windows Engineering skills I built up will start to fade.