What was/is your worst project you were on? 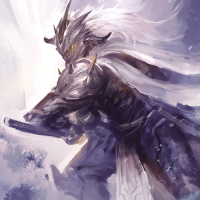 
I've been working on two intertwined projects over the last 8 months at my organization and having a handful of challenges: company politics, LoB driving aggressive timelines instead of ITS creating timelines, over budget, lack of leadership and project management skills, no realistic expectations. In essence, it is the total opposite of how a project should be delivered.


At this point in time, it had me thinking of the following:


Will this project be cancelled or be put on hiatus?
- It can't because its a upgrade project for an entire system that the organization completely relies on and the existing system is out of extended support since this summer.
- LoBs are anxious awaiting to try to start migrating their workloads into this new environment
- One of the intertwined projects is going to save the company a projected estimate of 5 billion dollars over the course of 3-5 years so they can't afford to scrap it

Will I get fired?
- Possibly, but I doubt it, the project initiative got kicked off years before I got employed
- I offer way more value if they kept me but the project outlook looks slim
- I've been the one driving this project forward even though I'm not a project manager - GSD Attitude

Should I switch jobs during the middle of this terrible project?
- Possibly, the ITS department is going through a change in management
- Half my team left when I first started this position at this organization
- I can't move to a different technology unit because it's at the discretion at my non-existent manager

It sounds like I'm crazy but definitely this is the 2nd project that I have been assigned to set up for failure or with too many expectations. This post comes off more of a rant than anything else but would like to hear from the folks on TE on their history of their worst projects and how they dealt with it.