Excited and a little nervous 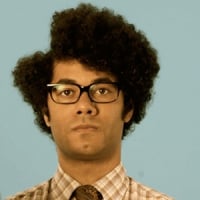 MeanDrunkR2D2 MCSA: Server 2012, MCITP: EDAKCMember Posts: 897 ■■■■■□□□□□
December 2018 in IT Jobs / Degrees
I'm not exactly a noob when it comes to interviews and usually don't get too worked up.  Usually I rarely study to prepare for an interview other than the cursory look up details about the company and check the requirements.  Tonight I've spent a few hours after the kids went to sleep to just brush up on a few things and dig deeper into a company as I'll have an interview for a DevOps role (more ops than dev, which is what I prefer) with a smaller, but growing company.  The recruiter I've been speaking with has pretty much let me know that it will be fairly technical which is why I really wanted to do as well as possible and not be caught with my pants down.  He even let me know that the interviewer is the hiring manager and tends to keep expanding on the questions to see how deep my knowledge is.  My strengths are definitely more on the Ops side and server side and definitely weaker on the scripting side.  Part of that is that I currently work for a very large company currently that has many of those scripting duties in the hands of other teams that are way more experienced in that.

While I rarely have to write a new script, I do have to debug/modify those scripts at times.  I'd do more automation, however much of what I do is usually uncharted territory and rarely something I don't replicate so that's not something I've had to do.  I've run automation scripts/chef stuff for some of the more standard items, but again it's not something that I had to do any work on to get it to work.

Anyways, just hoping that myself and the kids sleep tonight so that I can be ready for the interview.  Now I just have to figure out when I need to go and hit the gym tomorrow.  Either earlier in the AM, or later in the afternoon which I hate. Figure if anything the stress release of the gym will only help me stay focused.

TLDR:  Have a DevOps interview tomorrow and a little excited about it as it's a nice move up for me.
0 · Share on FacebookShare on Twitter