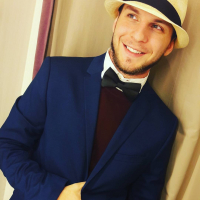 buffguytv Registered Users Posts: 7 ■■□□□□□□□□
July 2019 in EC-Council
I have to take the stupid cert because of WGU. Does the new version of the test come with a bunch of new questions? Or is the question pool the same? Im asking because the school is giving me the version 1 study material and I dont want to be wasting my time with it if it is going to set me up for failure with the test.
Tagged:
0 · Share on FacebookShare on Twitter