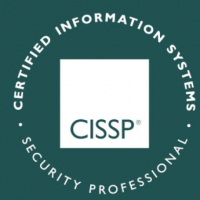 I am slower at math in my head. I guess I will practice SPEED adding and subtracting on paper for a week or so before the test if not. It is sad, but I have not had to do simple mathematics on paper in years...
CISSP, CCNA SP
Bachelors of Science in Telecommunications - Mt. Sierra College
Masters of Networking and Communications Management, Focus in Wireless - Keller
0 · Share on FacebookShare on Twitter